Are you behind on your child support?

Read this before you apply for your passport.

The child support enforcement was put in place in order to give children of the world a better quality of life. It is part of the plan to make sure that children have all the support that they need.

Not just emotional support but medical and financial support. It was introduced by the United Nations.

In the United States each state submit’s a file to the U.S. department of state when arrears reach $2,500.00 or more.

The name of the person in arrears, will be denied a passport, until they are notified that the child support is up to date.

You can contest it, but you must prove it has been paid before you will be able to renew your passport.

If your passport request is so that you can go directly back to the States it may be the only way they may allow a passport renewal without payment.

Both parents must sign for a child’s passport as it can be denied if there is a custody suit.

Australia has signed on and can restrict travel until it is paid.

The U.K. recently started enforcing support and will deny a drivers licence and a passport for non compliance.

There are strict enforcement laws in other countries of the world and there is usually a department of child support enforcement, so you would be well advised to check before applying for a passport if you are in this situation.

This is all done to support the child so it is best to follow the rule.

If you find yourself wrongly denied, or you can obtain a lawyer.

When we were kids the father was usually the one paying child support as mothers almost always got custody of the children.

It is the same today as it is usually the father but more and more mothers are finding themselves paying support.

When we were young the payments were very low and there were not really many laws to force payment.

That is changing in most countries of the world and if you want to travel you will have to comply.

This is a really great thing as children of divorce often found them thrown into poverty.

It is really sad that such drastic measures must be taken but it is working as billions of dollars in arrears are being collected around the world to the benefit of the children.

Have your say about what you just read! Leave me a comment in the box below.
FacebookTwitterPinterest 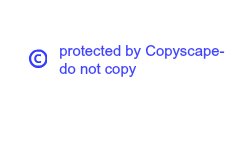